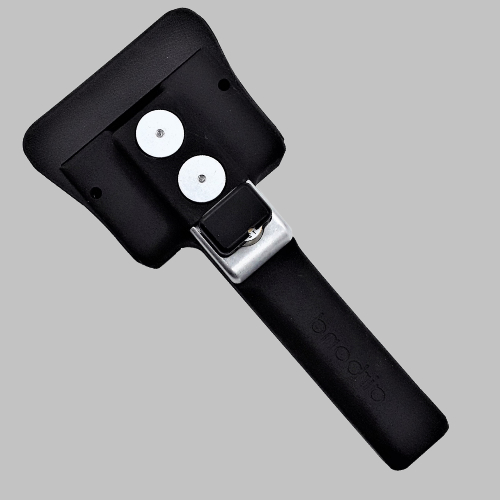 Applications: Composites processes such as filament winding, pultrusion, and weaving.

The auto-cut splicer for medium-count synthetics, up to 1800 tex.

Airbond research demonstrated that higher yarn counts demand a longer splice length, if adequate strength is to be maintained. This can be done easily with splicers such as the 143, which have no built-in cutters. However, expanding a splicer such as Airbond’s old Model 111, to make a long splice with automatic cutting, led to an unacceptably heavy and bulky product. The consequence was that users were forced to switch to a manual-cut splicer – such as the 143 or 701 – once counts exceeded around 1200 tex.

Airbond’s adoption of 3d printing technology has made extended-length splicers possible, and the Model 145 is the first of its kind. Increasing the knife spacing from the 114’s 30 mm to 45 mm expands the range of this splicer’s performance. Whereas the 141 is limited to counts of around 1200 tex, the 145 can splice up to about 1800 tex.

The 145 retains the 141’s general format, with a single splicing chamber. The splicer can be supplied with a flow control system which supplies variable-pressure air to the blast chamber, while keeping the main factory line pressure unchanged.