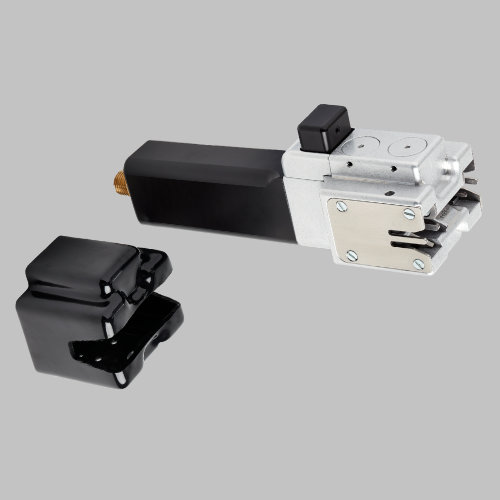 This product is no longer manufactured but is still supported.
Please see the new model here
The multi-purpose splicer for low-count yarns for composites The 111 sets the standard as an effective splicer for difficult synthetics used in the manufacture of composites. It’s tough, reliable, and easy to maintain, handling a wide range of yarn counts. The 111 fills the low-range composites niche perfectly. It’s available in different forms – with handles, with a hanging device to be used in a fixed position, or with a carriage for sliding along a rail. There’s a blast timer, or a flow control system for varying air pressure to the blast chamber. Any form of 111 can be converted to another.

The 111 Series makes joints of the form known as “ends-opposed”, the classic form of splice. The ends-opposed splice is described in more detail elsewhere. 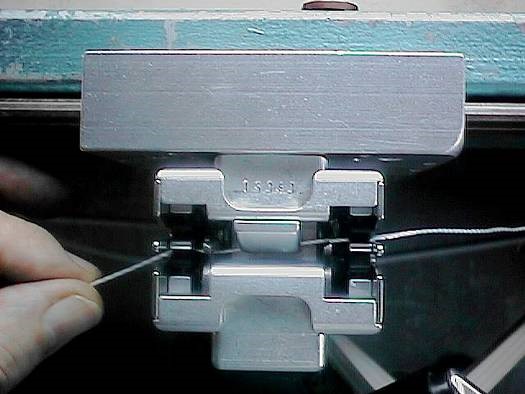 First stage: present first yarn to splicer
The first yarn is placed in the splicer. It enters from the right-hand side, via the upper right clamp, and leaves via the lower left clamp. 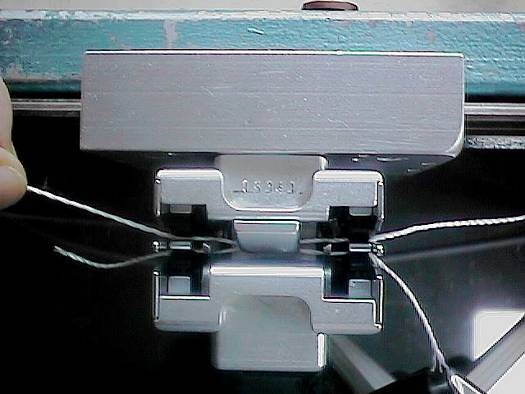 Second stage: present second yarn to splicer
The second yarn is placed in the splicer. The yarn enters via the upper left clamp, and leaves via the clamp at lower right. Note the flat “X” form of the string-up. 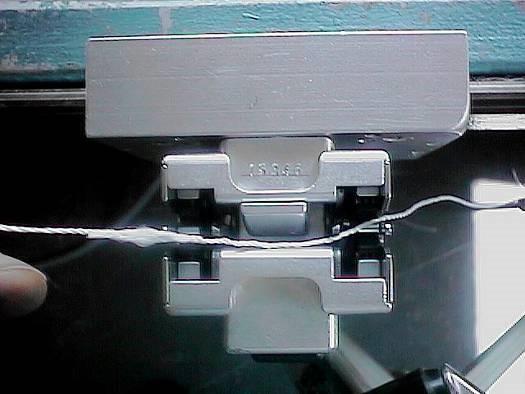 All 111 Series splicers can handle a wide range of yarn counts, requiring fewer chambers than most to cover its operating range. This flexibility comes from two design advances – the splicing chamber technology, and the special adjuster built into the trigger. The simple adjuster improves splicer performance; a small wheel in the trigger button is marked with numbers from 0 to 6 which may be “dialled up” according to the user’s needs. 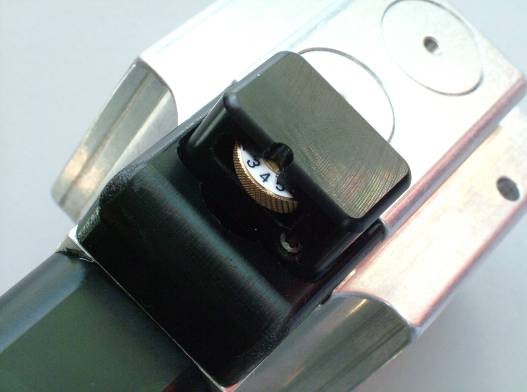 The adjuster wheel should be used to optimise the performance of the splicer for a particular application. The best setting for a given application should be found by trial-and-error. Once the best operating position has been found, the wheel then can be secured with a small locking screw which is built into the top surface of the trigger button. The performance of the splicer will then remain consistent.